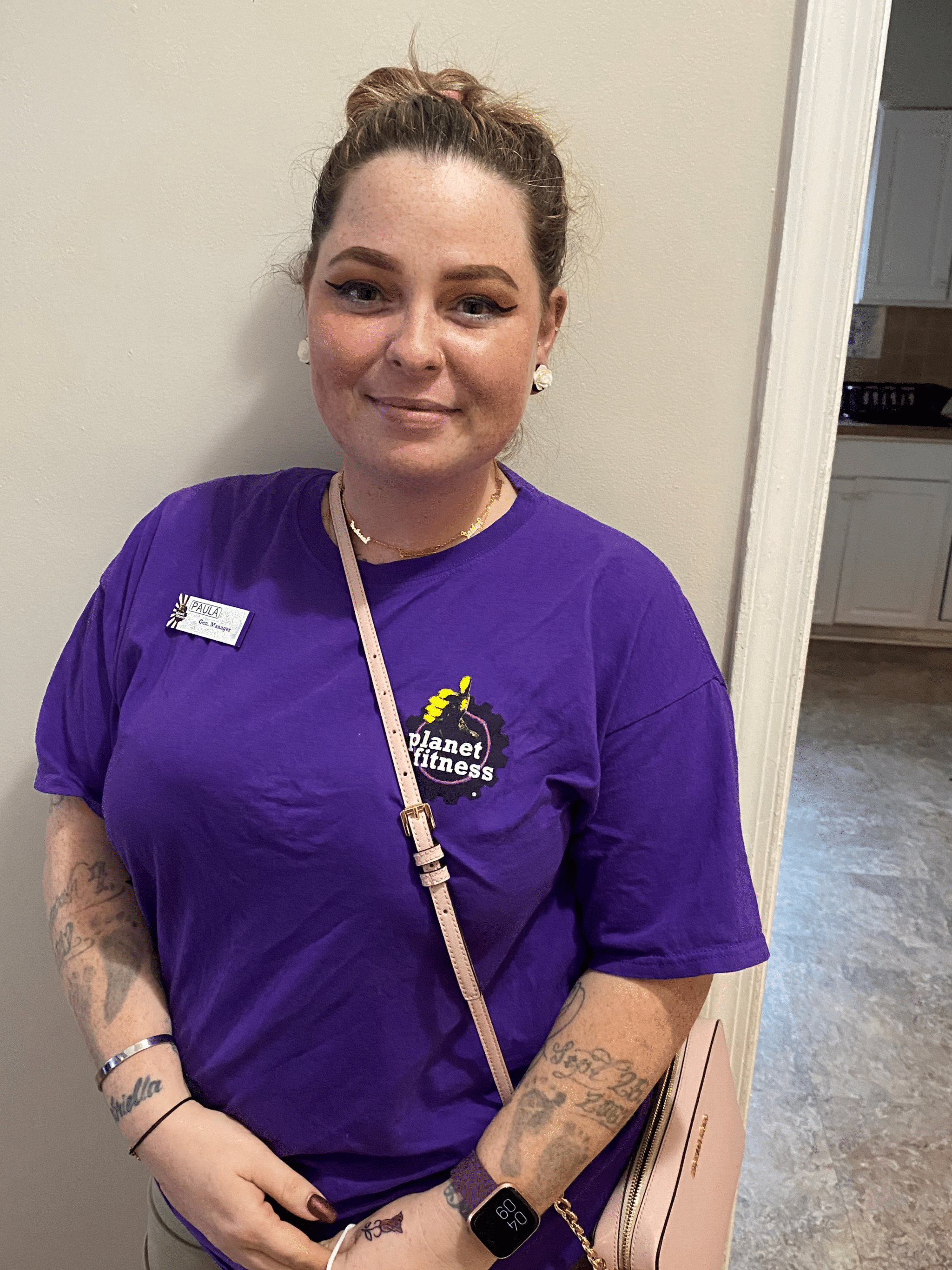 Lying in bed — her kids asleep in their own rooms, her apartment modestly decorated, a life’s  worth of boxes actually unpacked, working full time — Paula felt an unfamiliar emotion.

When she and her husband called the 211 helpline and contacted Hope House, she had reservations and preconceptions about homeless shelters: Cramped quarters, sketchy people, no privacy, no dignity, no safety.

When she finally arrived, the mother of five said, she instead encountered unfailing support, affirmation, respect, accountability.

“I’m not saying it wasn’t hard to be there. But it was nothing like I thought it would be.”

Paula, now 28, was pregnant at 15. Her mother had moved them from Texas when Paula was 12 to escape an abusive husband. That’s when Paula first experienced homelessness and, even when they did have a roof, they were always unsettled. The family was always moving. Boxes never got unpacked.

That was her normal when she started her own life as a mother.

As her own family grew, so did the challenges. At the forefront was childcare — not an inexpensive proposition.

That started the cycle. She and her husband were eligible for a state-funded lifeline that provided free childcare. They would start to get ahead on two modest incomes. After two years, when the benefits expired, they would be back to one paycheck and back where they started. After waiting the required two years, they would become eligible again and the cycle would resume, always fearful of  the next setback.

During that time, they lived in extended-stay motels, crashed with friends, slept in their van many a night as their kids slept in their families’ homes.

And she worked. At a call center. At an animal hospital. And at a fitness center where she went from on-call, to full time to general manager.

Her family lived at Loisann’s Hope House from August 2019 to March 2020.  The staff made them feel welcome and at home, she said, but made expectations clear. This was a temporary stop toward a permanent solution, they were told.

She worked and saved. She filled out required budget worksheets, turned in her paystubs, met with her caseworker weekly, did their chores around the complex, attended mandatory workshops on topics like job interview skills.

The staff seemed to cover every base, making no assumptions.

“They taught us so many life skills. Even something as simple as how to clean your home, as silly as that sounds,” she said.

And if you were tempted to slack off, she said, they would come knocking at your door.

When her family moved into the cottage at the rear of the property, there were toys still in their packages awaiting the kids. They shared the space with a single woman and her son “who were amazing.”

Most of all, the staff listened and cared. When looking for an apartment, the staff took its time and asked questions like, “What is it you’re looking for? What is important to you?”

Paula only had one request. “I said,’I don’t care where you put me as long as my kids can stay in the same school district’” they were attending.

They found her the perfect place and she discovered it furnished and decorated by volunteers when she moved in.

That’s where, lying in bed, she found the contentment and peace that had always been elusive.

Her children were asleep in their own rooms in actual beds, not on a mattress on the floor surrounded by never unpacked boxes. If they are looking for a particular toy, she no longer has to explain that it’s in storage. The kids are safe and can play outside “for the first time ever.”

And there were the small things. She’s been able to do her own decorating to make it a home. You don’t decorate motel rooms, after all. Their van certainly wasn’t homey.

None of that would have been possible without Hope House and the people who support it, she understands.

“Loisann’s Hope House changes lives. If you’ve never experienced it, you don’t understand. This is the first time in 10 years that we’ve been stable,” she said.

“I’m really living a life right now that I thought I would never have.”

Send Us A Message

To break the cycle of homelessness one family at a time